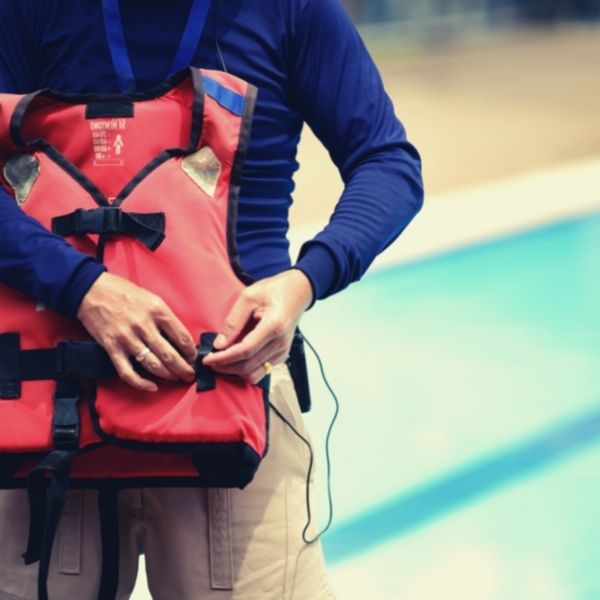 In this list, we’re going to look at the best sailing lifejackets for coastal and offshore cruising. Whether you sail a yacht, catamaran or even a trailer sailor, this list will help you choose the right life vest for your sailing conditions.

For those short on time and simply want an easy answer, then…

(It’s #2 on our list but is much more budget-friendly!)

Likewise, you can hang around on this page as we’ve covered various different life jackets ideal for cruising, sailing, racing and crossing oceans.

Talk to anyone in the sailing community and they’ll often recommend the Spinlock brand for blue water cruising. Fun fact: We have spotted Spinlock life jackets on some of the most popular YouTubers we’ve covered on Cruising Freedom.

The 6D is their latest model which recently replaced the 5D model. It doesn’t come cheap but what price can you put on real and reliable safety? It’s comfortable, flexible and will last for years to come. This is the best overall, though not the best for your wallet, which is why #2 should be considered for budget cruisers who need to buy more than a couple of life vests.

The 2nd life jacket for cruisers on this list is the Mustang Survival Corp HIT which has also been highly praised in the sailing community. They’re red in color as opposed to black making them more visible in the unfortunate event you have a Man Over Board incident on a passage crossing.

Again, it isn’t cheap but certainly nowhere near the price of the 6D Spinlock above. You’ll be able to buy two HIT hydrostatic inflatable lifejackets for the price of one Spinlock. If you’re a budget cruiser, this would be my pick.

A mistake I often see when people seek out a new lifejacket for their yacht is thinking that they would only use it for sailing. Let’s not forget that lifejackets are often used in the dinghy as well, plus canoeing and even on a SUP in rough conditions.

That’s why the NRS OSO makes a good all-rounder. Sure – it’s not a true sailing jacket, and I’m not pretending that it is…but it sure does make up for it with the savings. There are numerous zippers for stowing your stuff such as sailing gloves and its design keeps you warm on those cold night crossings.

Stohlquist has created quite a name for themselves in the PFD industry at large and recently ventured into sailing life jackets. What they offer are similar to the NRS mentioned above but more-so orientated for casual wearing. After all, most cruisers aren’t using their lifejackets as much these days especially if they have a protected cockpit.

The ‘Edge’ model gets my pick. It’s seriously affordable and comes in a range of colors. Kids also like their designs as you they move around much more easily. That’s especially useful in tropic conditions such as the British Virgin Islands.

They’re snug-fitting yet breathe surprisingly quite well. The straps can dig a little into the shoulders but this isn’t a model you’d be expecting to wear all day and night on a multi-week crossing. Just think how many extra gallons of diesel you can fuel the tank with given the savings you’ll make with this model!

For the performance-orientated cruisers (Outremer and Gunboat…anyone?) then the two lifejackets above wouldn’t really be as useful. Instead, I’d aim for something tighter so the shoulder straps won’t get in the way.

The Onyx MoveVent is a good choice for moving around on the cockpit or when you need to put a reef in the main. It’s not inflatable but you’ll avoid the risk of accident inflation when actively moving around. The only thing missing is a reliable D-ring for a tether!

Lucky #7. Is this a coincidence? Or perhaps I’ve left the best until last. Likely it’s the later.

Stearns have one of the slimest life jackets around. Many customers have reported that they don’t even feel like it’s there! Great for night watches especially as there is a D-ring so you can stay tethered to your boat in rough seas.

Many cruisers are sailing around the world on a true shoestring budget. For sheer value for money, it’s really hard to go past this model. It’s light, comfortable and seriously affordable too!

Now, its quality isn’t the best and I wouldn’t expect it to still be performing on a Pacific crossing in 5 years time but if you just need something to get you by for these next few years, then this is the life jacket that you’re looking for!

Welcome to
Cruising Freedom
Hey! Joshua here 😃
I Found Something...
Perfect For Cruisers