The Ultimate Guide to Sailing Into Freedom

Everything You Wanted To Know About Plukky

This is the definitive guide on Sailing Into Freedom for 2022.

Over the last 4.5 years, I have spent 51 hours watching and researching everything I could about Plukky’s channel so you don’t have to.

It’s now taken me 7 hours to write up this guide.

So if you wanted to know:

➔ How Plukky afforded his first and second boats

➔ What boat he has now and its upgrades

➔ Where is the old boat that sank in the Kimberleys?

➔ What happened to Margarida?

➔ Where does Plukky find these cute backpackers?

➔ How you can get started on your journey

Plukky has had numerous female crew members over the years, which are typically young and very (emphasizing very!) attractive backpackers.

Lisa from Switzerland is the latest girl on as crew.

Plukky has had numerous female crew members over the years, which are typically young and very attractive backpackers.

Crew whose last times I could find are:

Crew who only used their first name are:

One male crew member – Tim – had joined too.

Did you know that one previous female crew member on the Sailing Into Freedom YouTube channel was actually murdered by terrorists?

The two victims were Maren Ueland from Denmark and Louisa Jespersen from Norway who were beheaded.

Back in 2017, the YouTube community were given the gift of having Louisa on board, otherwise known as Lulu. She departed soon afterand continued her backpacking journey and left Australia, but later succumb to foul-play in Morocco.

Maren wasn’t a crew member but later became friends with Louisa, and the pair were camping at the time of their death.

Sailing Into Freedom have a 42′ Lehete Bourgois yacht which is a rare boat given that only 6 were produced in the world before the boat builder went backrupt. This cost him $47,000 after taxes.

Plukky’s first boat was a 42-foot Crowther 216A catamaran named S/V Long Reef. He bought this in 2010, did an extensive refit and sailed her but it sank in September, 2018 after crashing into a reef.

Have you ever wondered what happened to S/V Long Reef that crashed in Western Australia?

It crashed due to Plukky making a simple oversight and breaking his own sailing rules, right on sunset.

Interestingly though, they crashed in what was 33 metres of water just moments prior.

It happened on Montgomery Reef which is notorious for being unchartered, having already claimed a few other yachts.

The crash at low-tide in crocodile-infested waters made things even more difficult, and Plukky and Margarida were eventually rescued a couple of days later by an Australian tourist boat.

They never returned to the boat for salvage.

This would have cost them $5,000 just to reach the boat which they didn’t have available, plus many more for the retrieval effort.

After all, they were 300 nautical miles from Darwin.

It took 12 months before Peter was able to come up with the funds to purchase the next boat, with the help from a friend.

Plukky has upgraded his latest yacht with:

Very little of their yacht refit was covered on YouTube, instead choosing to focus on the lifestyle.

Plukky typically keeps his channel up to date, but was months behind when the previous boat sank.

Plukky has sailed around most of Australia, plus:

Plukky will likely continue exploring South America with Margarida with her family on board at times.

Peter worked (very surprisingly) as a lawyer for many years while raising kids. In this interview, he considers himself to be the world’s worst lawyer.

In his spare time, he put thousands of hours of labour into restoring his first catamaran, which then sunk 6 years later in Western Australia.

His second boat was bought through sheer savings.

➔ Making money from ads on his videos

He doesn’t offer paid uncut/uncensored/nudity footage of his crew members on a subscription basis, although this has been requested by his mostly-male audience.

Sailing Into Freedom had (for a long time) not met any active YouTube cruisers. However, he recently spent some time with Captain Rick Moore.

Also, Sailing Miss Lone Star has made comments on some of Plukky’s videos, so a meetup and uncut footage on her Vimeo in the future is likely.

He also ran into Brian and Karin from SV Delos recently.

Apart from the sinking catamaran, some of the best and worse moments in Plukky’s history include:

➔ Having lightning strike his new yacht at night (caught on camera!)

➔ Jumping into shark-infested waters to fix his boat

➔ Hauling his boat out after the lightning strike

In the future, Plukky aims to sail around South America and Margarida seems to be a keeper.

What can we learn from Sailing Into Freedom?

➔ You can thrive on a lean budget

Plukky is the epidome of true freedom on the open ocean, without the glitz, glam and unnecessary drama of other YouTube influencers.

He reminds us that we don’t need fancy equipment or expensive boats to realize the cruising dream.

And we certainly can’t wait to see what is to come! 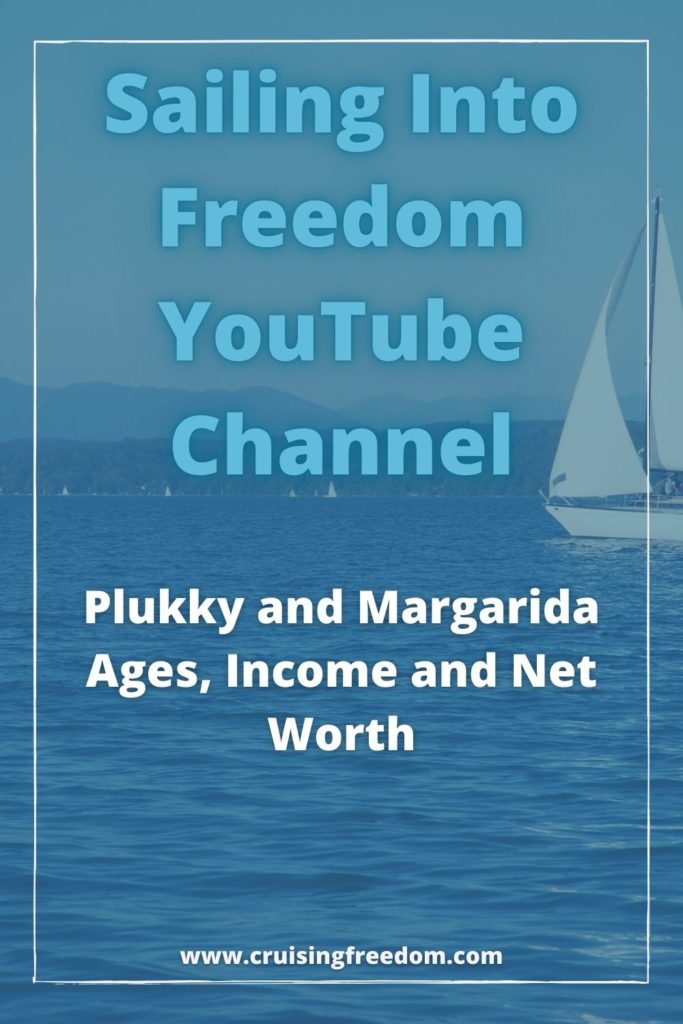 His is living the dream, but that dream isn’t actually that far away.