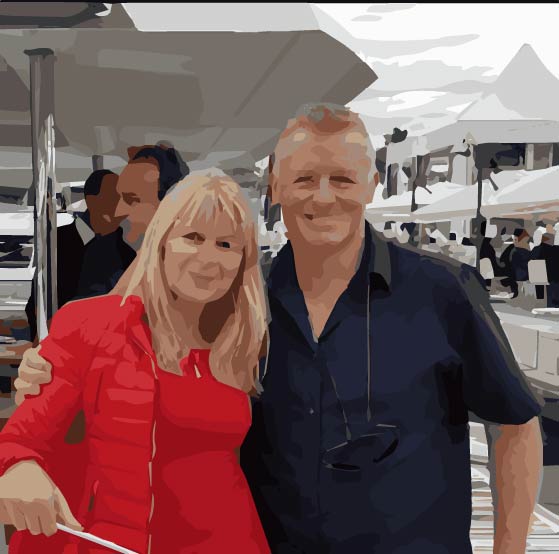 The Ultimate Guide to Catamaran Impi For 2022

This is the definitive guide on Catamaran Impi for 2022.

Over the last 6 years, I have spent more than 37 hours watching and researching everything I could about Catamaran Impi to learn more about their story.

(Yes, I really am *that* obsessed with Brent and Ana on YouTube 😃)

➜ What boat do they have and its upgrades

Yes, they are married. Brent’s son is Kent Grimbeek and works for Just Catamarans in Florida. If you’re ever in the market for a catamaran, I highly recommend reaching out to him. He does attend most of the boat shows too.

Both Brent and Ana are from South Africa but left Cape Town in November 2011 for their global voyage.

Brent and Ana from Catamaran Impi own a Lagoon 440. While it’s built as a charter vessel, they have modified it to suit ocean crossings. This process took around 18 months.

Brent and Ana did a ton of upgrades, including:

This means they are currently behind on their videos as these were filmed when COVID was impacting the world.

Additionally, they haven’t uploaded for around one month now:

Where have Brent and Ana explored in 10+ years? Not as much as one might expect, but they’ve been taking it quite slowly.

They have been to:

Brent and Ana aren’t rich…but they aren’t poor either.

They worked hard for many years and diligently saved as much as they could. Once they sold their house, they had enough money to purchase Impi from Lagoon and set sail around the world. Their catamaran at the time cost them $670,000 and this was more than 10 years ago.

Given the value of their boat, investments and online income, I estimate their net worth at $1,720,000.

How does Impi continue making money while sailing?

➜ They have Amazon Associates links on their website

I estimate they only make $2,700/month on their YouTube channel. It’s way under-monetized and many other sailing channels are doing much better.

Catamaran Impi hasn’t collaborated with anyone on their channel directly but has been featured in other channels.

They gave a shoutout to Sailing La Vagabonde in this video:

They were also featured at this guest speaking event alongside Sailing Zatara and Gone With The Wynns:

Just Catamarans is the same company that Brent’s son works for.

It hasn’t quite been smooth sailing for Catamaran Impi. Some challenges include:

➜ Almost running out of diesel and asking for help from a passing container ship (was risky…but it worked!)

➜ Anchoring in the heart of Brisbane City

Where to next? Now that international borders are mostly open, Catamaran Impi is aiming to explore Asia and slowly return back to South America.

We can learn a ton from Brent and Ana, including:

➜ You can definitely sail short-handed

➜ Your circumnavigation could take much longer than expected (and that’s totally OK!)

Overall, aim do this for the journey AND the destination.

Many say that Lagoon Catamarans simply CANNOT sail around the world. Clearly, that’s been proven wrong in this instance. With some preparation work, almost every charter-ready catamaran is capable of crossing oceans and seeing the world.

Your dream might therefore be closer than you think…