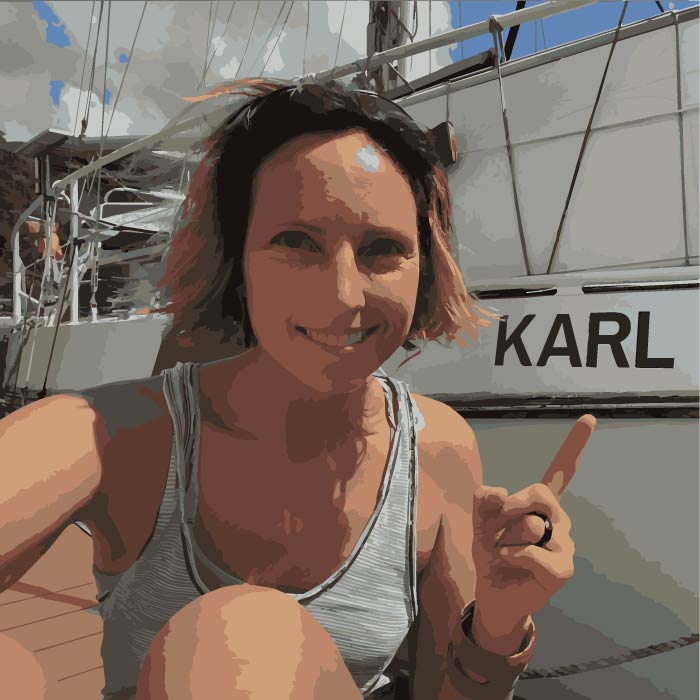 The Ultimate Guide to White Spot Pirates For 2022

This is the definitive guide on White Spot Pirates for 2022.

Over the last 6 years, I have spent 32 hours watching and researching everything I could about White Spot Pirates to learn more about her sailing story.

(Yes, I really am *that* obsessed with her YouTube videos 😃)

➜ What boat do they have and its upgrades

➜ Where did Nike Steiger actually come from

Nike Steiger (age 33) from Germany, although she’s fluent in English and Spanish too, with some French as well.

Nike is a rare exception in the YouTube sailing community given that she’s a solo female creator. Her dad is a sailor and that’s where she learned her first skills.

Nike has done extensive (yet budget-conscious) upgrades to her yacht.

You’ll find those boat upgrades in Season and Season 2 of her videos from 6 to 8 years ago.

Nike is in Costa Rica and has ventured there previously.

This is her latest episode:

She’s only uploading once per month now.

Nike has explored the Caribbean and South America extensively. She has also ventured through the Baltic andNorthern seas.

Nike only paid around $8,500 USD for her yacht, making this quite an affordable purchase for most people. She had to undertake extensive works to get her seaworthy.

Previous to this life, she worked in a corporate role where she saved up as much as she could.

White Spot Pirates from YouTube is worth $195,000 US dollars.

Despite not trying to make an income from Youtube, she does make approximately $3,600/month which is generated through:

➜ Royalties from her sailing documentary ‘Untie The Lines‘

She only spends around $1,000/month to live her nomadic lifestyle, so she is able to save a lot of her income.

Nike recently had an episode with SV Delos, while Sam Holmes would make a perfect collaboration!

She has had some family and friends on board, but prefers time by herself. She does not have a boyfriend but would like to get married one day. Interestingly, her boat’s name “Karl” actually means “husband” in her native tongue.

➜ Making her own microplastic trawler

She also created her own documentary which won multiple awards:

Where to next? Nike is planning a South Pacific adventure in 2022 and 2023. *Watch this space*

We can learn a ton from her journey:

➜ You CAN sail as a solo female

➜ Learn how to do your own boat work

And of course, don’t let the opinions of others stop you!

Nike has what’s called “Fernweh” which translated, means to break away from normality and chase our dreams.

That certainly comes through with every video I’ve watched…and I can’t wait to watch more.

Nike is living the dream, but that dream isn’t actually that far away.